In the days leading up to the F1 Azerbaijan GP, there was plenty of talk about how it would shape up to be an exciting race. Turns out all that talk was spot on.

The Baku circuit is a fan favorite as it has the tension that comes with a street race but still provides more opportunity for passing and action than a race like Monaco.

The drama started on Saturday during qualifying where five crashes took place. In Q1 Lance Stroll lost control of his Aston Martin car at Turn 15 and crashed into the barriers bringing out the red flag. Then, just moments after the the session went back to green, Antonio Giovinazzi crashed at the very same turn bringing out another red flag.

Daniel Ricciardo’s McLaren crashed at turn 3 during Q2 causing another red flag. Then, the biggest moment happened in literally the last moments of Q3. Charles Leclerc had just wrestled away the provisional pole from Lewis Hamilton when – with 11 seconds left in the session – Yuki Tsunoda’s Alpha Tauri Honda crashed at turn 3 and Carlos Sainz crashed at the same turn trying to avoid Yuki. The incident caused yet another red flag which instantly ended the session and handed the pole position to Leclerc with Hamilton being denied the opportunity to retaliate.

Race day was even more dramatic than qualifying. Despite Charles Leclerc starting out front in his Ferrari, Lewis Hamilton managed to wrestle the lead away from the Ferrari early on in the race. However, a botched pit stop for Hamilton caused him to fall back a few spots. Meanwhile, Sergio Perez made his way to the front while Sebastian Vettel and Pierre Gasly battled each other within the top 5.

Max Verstappen reached the front of the pack past his teammate and it looked like he was on his way to victory. Then all of a sudden Verstappen crashes on the straight after his rear tires failed suddenly.

The race had to be red flagged and restarted with only two laps left. Lewis Hamilton was near the front but during the restart he accidentally activated his “magic button” on his AMG Mercedes that changes brake bias which effectively shut off his rear brakes so he missed the first turn completely as he couldn’t stop.

From there Sergio Perez took over and earned the second victory of his career. Sebastian Vettel grabbed second place and Pierre Gasly came home in third.

Hamilton’s 15th place result ended his 54 race streak of finishing within the points. Though, due to Verstappen’s crash, he is still well within striking distance in the driver’s championship points standings.

With Singapore removed from the 2021 schedule and about 10 days before the next race in France, the drivers can take a bit of a breather. Though, expect to see a renewed emphasis on strategy for the remainder of the season.

What did you think of the Azerbaijan GP? Did it deliver on what you were expecting? Let us know your thoughts in the comments below or tweet to us at @MotorworldHype. 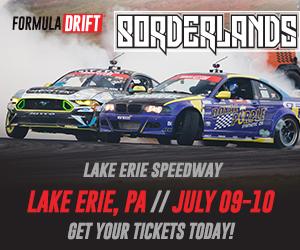