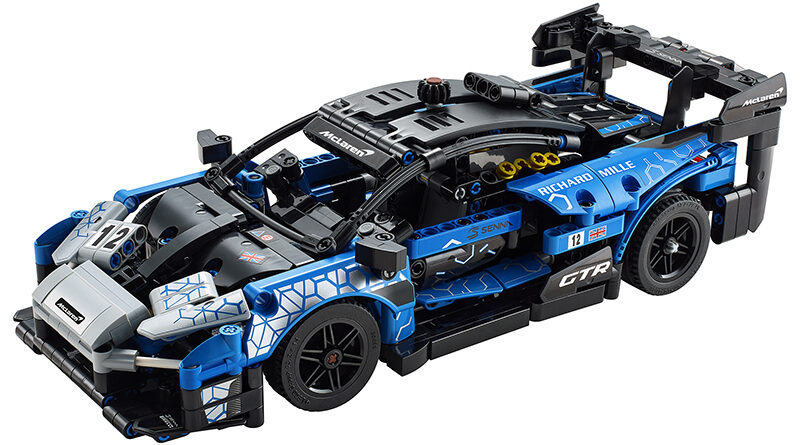 Once again, LEGO has shot its way to the top of my Christmas list this year.

Yesterday it was announced that LEGO and McLaren teamed up to produce a McLaren Senna GTR LEGO Technic kit. I needed this thing before I even finished typing that last sentence.

The set is based off the track-only version of the McLaren Senna and it is the first McLaren car to get a Technic set. Currently, there is a Speed Champions version of the road-going version of the Senna but it is much smaller.

While the Technic set is definitely larger than what is currently available, it is not as big as other automotive Technic sets like the Lamborghini Sian or Bugatti Chiron. Those sets tend to be over 3,500 pieces and sell for upwards of $300.

The McLaren Senna GTR Technic kit is about 830 pieces and will retail for $49.99. It’s size and price puts it around the same level as the Corvette ZR1 kit that was released a few years ago.

Like other Technic sets the Senna GTR has more than a few cool details and features which give it a touch of realism. For example, the set will have a detailed V8 engine with moving pistons and opening dihedral doors, and wheels that turn with a small knob on top of the car.

The set also comes with a sticker sheet that matches the livery of the McLaren Senna GTR just for a bit of extra authenticity.

I cannot stress enough how much I want this set in my life but unfortunately we will all have to wait a bit.

The LEGO Technic McLaren Senna GTR set doesn’t release until January 1st, 2021. There is no word if pre-orders will open up before that but considering how hard its been to buy stuff online lately I hope that if they do open early orders, they have a solution to keep things a little more controlled.

Are you planning on picking up the LEGO Technic McLaren Senna GTR? Let me know in the comments or tweet to us at @MotorworldHype.