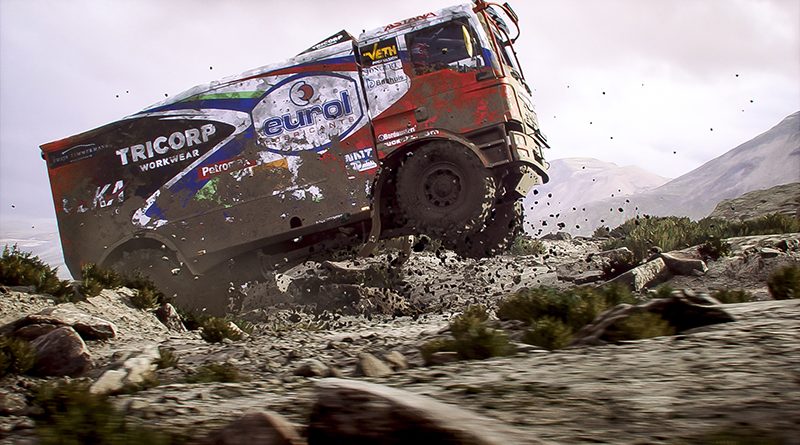 I really like motorsports.  I love the very concept of racing and I wish I could take part in nearly all forms of motorsport.  The operative word there is “nearly”…

The one race that I’d probably never want to take part in is the Dakar Rally.  That is easily one of the most grueling, dangerous, ball (or ovary) busting race ever created by human beings.

I’m not knocking it though.  Several different classes of rally vehicle including semi-trucks racing across incredibly challenging terrain is amazing but I’ll be dammed if I ever try to do that myself!

Though, it looks like this year I may get the chance to get a taste of the Dakar Rally without putting myself in mortal danger.

It appears that there is a Dakar Rally racing game, “DAKAR 18” coming some time this year from Big Moon Entertainment, a Portuguese developer that has developed a few WRC and Moto GP racing games in the past.

They dropped a trailer for the game a short while ago but there is no gameplay footage in it so it remains to be seen how DAKAR 18 will look in action.

So far all we know about the game is that it is going to be released sometime in 2018, will have online multiplayer, and it will be available for Xbox One, PlayStation 4, and PC.

That definitely isn’t a lot to go on but if we get more info on DAKAR 18 we’ll let you know.  We’re hoping it turns out well!

You can check out the first official trailer for the game below.  After watching, let us know what you think about it in the comments below or you can tweet to us @MotorworldHype.