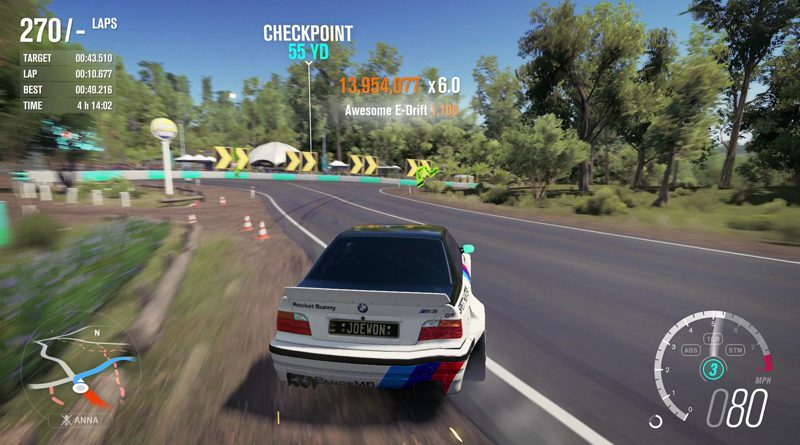 One of the reasons why Forza Horizon games have such a big and loyal following is its open ability to do all kinds of crazy and creative things in game.  Forza Horizon 3 upped that ante with its new “Blueprint Mode” which added even more customization and creative opportunities.  One well-known member of the Forza Horizon community is using that in an attempt to make history.

Joe Leech also known as DonJoewonSong in the Forza community is attempting to complete a 500 lap marathon session all while maintaining one long skill chain for the entire run.  For those who don’t know, Forza Horizon 3 rewards players with experience points for drifting, crashing through signs, and other “skills”.  Doing these skills in quick succession will start a “skill chain” which will turn add up the XP earned from each skill against a multiplier which goes up with each skill added to the chain.  Though one slip up can end the chain and pretty much erase all of Joe’s work up to this point!

During his last update Joe posted a picture showing up on lap 270 of 500 with a skill chain at over 13 million XP points that will be multiplied by 6!  It is an impressive feat to say the least.  Unfortunately it doesn’t look like Joe is live streaming his run so the best way to keep up with his progress is to follow him on twitter at @DonJoewonSong.

Once we know more we will try to update this post.  To get a better look at his last screen shot, click the thumbnail above!